4 He's A Jolly Good Fellow is the 10th episode of Season 1. It was initially aired on 2008. Boxing Day is next and In, Out, Shake It All About was previous.

The Numbertaker is taking all the things that come in fours he can find, as Four tries to escape his clutches.

Six is in the Gym with Four and Three, explaining the rules of a game: close your eyes and listen to the noises that the "Bloop Ball" will make. If the ball bloops the same amount of times as your number, you head the ball without looking. Four is concerned because he doesn't have a very big head (Three teases him about not having a very big brain), so Six decides to demonstrate. Three and Four then play the game and the ball makes the bloop sound four times, but Three jumps to head it on the third one, so Four and Three end up crashing into each other. This makes them both annoyed at the other because they both think the other shouldn't have jumped. Six explains that they have to wait for the last 'bloop'. The alarm then goes off.

Agent 28 tells the Numberjacks that the four on a girl's clock is missing. Three quips that a missing four would be good, but Five disagrees and says that missing numbers are always a problem and can cause bigger problems. Everybody looks at Four because they think he should go out as his number is the one that's missing. He reluctantly agrees.

The room is clear, so Four is launched and lands on a fence (Five has a bit of trouble finding a four for him to land on.) Then, the four he just landed on disappears and they see the Numbertaker, who sucks up the four from the fence.

Four goes into the girl's living room where everyone observes that she looks sad because she doesn't know when it will be four o'clock. Four shrinks down and jumps onto the clock, but the girl hasn't seen him. Five suggests making a noise like a clock, so Four says, "Cuckoo, cuckoo". Five says, "Not a cuckoo clock," but then a man, three boys, and two other girls walk in saying, "Hooray!" and sit on the couch, which makes the girl very happy.

Four then sits on a birthday card and lies on a cake which also have fours missing. The man lights the candles with Four still lying on it and the girl blows them out. However, the man then goes to cut the cake with Four lying on it, so he rolls off and lands on the floor.

Agent 48 then reports more problems: the wheels off a pram, a woman's paper bags and some bowling balls have disappeared. The agents make a hypothesis that the Numbertaker is taking those things, because there is four of them, while Six orders Four to go after the Numbertaker, who is in a restaurant. Five imagines the Numbertaker taking chair and table legs, the Dancing Cow's fences and the cow's legs.

At a restaurant, a waitress puts four glasses on a table and the Numbertaker sucks them up. The other Numberjacks are concerned for Four's safety, but he says he is safe hiding behind three menus. However, the waitress then puts down a fourth one. The Numbertaker takes the menus and then goes after Four. Six then has an idea; sending four sounds for the Numbertaker to take instead. He sends them via brain gain. They then use brain gain to send four people and because humans are too big to suck up, the Numbertaker leaves.

Four comes home and they do a recap, after which Four, Three, and Six go back to their Bloop Ball game. Three and Six then ask the viewers how they can count things without looking or listening.

[Alice] The clock was the first thing.

[Laura] And the cake.

[Jonathan] It is dangerous on a birthday cake.

[Oliver] It is dangerous everywhere when the Numbertaker's about.

[Laura] Everything in fours.

[Alice] He nearly got you, Jonathan.

[Laura] And then four things he could not deal with - four angry people.

[Jonathan] We did it.

References to other TV shows 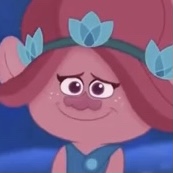