Nine (9) is the biggest Numberjack. She is green with blue eyes.

She’s the oldest and she helps One and Three a lot. Her favourite is number Six, however.

She shares the same voice actor as Seven. 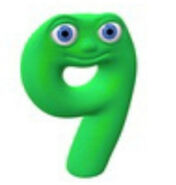 The number is nine. Don't you forget it! 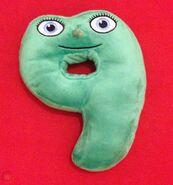